Longtails is focused on one thing, extracting maximum value from long-tail opportunities within Web3. These are not instant profit mechanisms nor are many of them low-effort. Combined though, they create a profit mechanism that can routinely generate funds that are incongruent to the overall effort invested.

USE AT YOUR OWN RISK. EVERYTHING IS "SAFE" TO USE HOWEVER YOU MAY LOSE MONEY PLAYING ANY OF THE PROVIDED STRATEGIES.

Longtails has a pretty broad scope and that means you need a few different API keys in order to fully power every piece of the machine.

Getting The Needed Keys

By getting this core set of keys you will be able to update Longtails as new features are released without needing additional setup.

The communication system of Longtails is built on Discord. To get started, head to the Discord Developer portal and create the bot. Make sure that you give the bot permissions to a bot and commands like so:

When logged in and with your bot created, go to OAuth2 -> URL Generator and select bot and applications.commands For ease, just give it admin permissions. If you don't trust the usage of it, I recommend going and reading the code.

Just copy and paste the generated url into your browser, and invite the bot your server. With that done, you are ready to proceed.

Longtails is designed to easily get up and running. Just click the button below to deploy to Heroku. Then all you have to do is setup the environment variables in the Settings pane.

Want to make a few changes or don't want the system running forever? You can also run Longtails locally.

Include in example.env is the fields you should add to .env if you want to run all functions of Longtails. This is the recomended usage as all pieces are built to work on top of each other.

tail-eth-events Overview Small utility to tail events in the Ethereum log from the current block onward, in human readable(-ish) format. For example:

Cosmic is an open source and free to use informational and utility focused Discord Bot.

What is Cosmic? Cosmic is an open source and free to use informational and utility focused Discord Bot. It is themed around Space and most of the comm

A url and credentials generation script made with vs code and github copilot. Scrambles a word to provide 5 unique urls

ALPHA version of uber-library for ontologies

obolib: Common ontology operations over a variety of backends This library provides a collection of different interfaces for different kinds of ontolo

This masterpiece defeated all the other program in the class. It is based on a fine-tunned version of Alpha-Beta pruning. I made this code during my Datascience & IA course at ESILV, in the second year.

LightningStrike_Connect_4 I made this code during my Datascience & IA course at ESILV, in the second year. This masterpiece defeated all the other pro

Tyger is an amazing general-purpose Revolt bot! (Still in pre-alpha)

About Tyger is a general-purpose Revolt bot aiming to have features that are similar to the Discrod bot, Dyno. WARNING: This bot is still in pre-alpha

MCAAG (Manual Collinearity Assembly Adjuster GUI) is a GUI application base on Qt 5 with PySide2. It is a tool that can adjust assembly with collinearity and generate tour files for assembly.

Introduction MCAAG (Manual Collinearity Assembly Adjuster GUI) is a GUI application base on Qt 5 with PySide2. It is a tool that can adjust assembly w 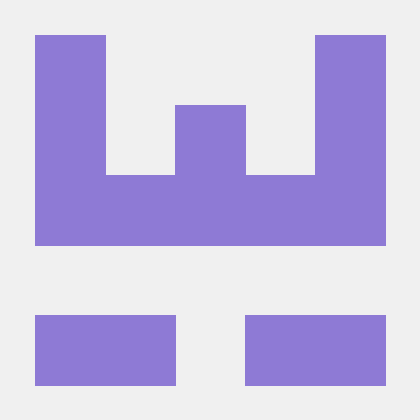