Starting two netcat listeners prior to attempting to catch a shell is pertinent, this is because the crontab, when run, will repeat the same cronjob multiple times and your shell will die on the next cycle. You can't utilize nohup because the busybox env is fairly restrictive, and alternatively you could modify the exploit with a different crontab entry interval, however the best way to defeat this without worrying about crontab interval is two utilize multiple listeners for the first reverse shell catch.

It was discovered that in most cases, the routers don't have the telnet port open externally - however, once gaining remote code execution, you can utilize telnet to fix TTY for the most part. You need to have credentials to do so. If you're utilizing the full CSRF to RCE chain, we would recommend that you build a more comprehensive CSRF poc template that records the user's login event or the headers which may contain the basic authorization header that is translated in the script.

Default credentials for these routers are typically root:root or admin:admin. If you have credentials, run:

Follow the instructions which are quite simple, then start two netcat listeners on two seperate ports.

Finally, if you have credentials (which you should if you're using this portion of the module) - attempt to pivot to the internally restricted telnet service:

"But what if telnet is exposed externally?" Then login to the fucking router with the credentials, dumbass.

The instructions for this module are nearly the same as the Post Auth RCE instructions. With the major difference being that you don't have credentials.

First and foremost, to exploit efficiently, you have to understand how this works. CSRF requires user interaction, meaning that you'll need to social engineer someone. There are two potentional scenarios: User is logged in when they click the proof of concept button, or user isn't logged in. If they are already authenticated to the router, the POST request to make the cronjob will be sent to the API and the user will see a blank page. If they aren't logged in, the user will get a basic authentication prompt - and conveniently enough, the basic auth popup will have the IP of the victim router, if they enter their credentials it sends the POST request to the API.

We recommend attempting to buy a similar domain if the victim router is hosted on a subdomain or finding a provider with the same subnet ranges for servers if it's a high-priority target. Refining the CSRF PoC might be work it for a priority target.

Follow the instructions, in the script, it will then generate a csrf template for you. We recommend naming it something a little more covert.

Host the PoC on your server, preferably on the same port as the victim router.

Take the link and send it to the victim, ensuring that you append the name of the PoC file to the end of the url: 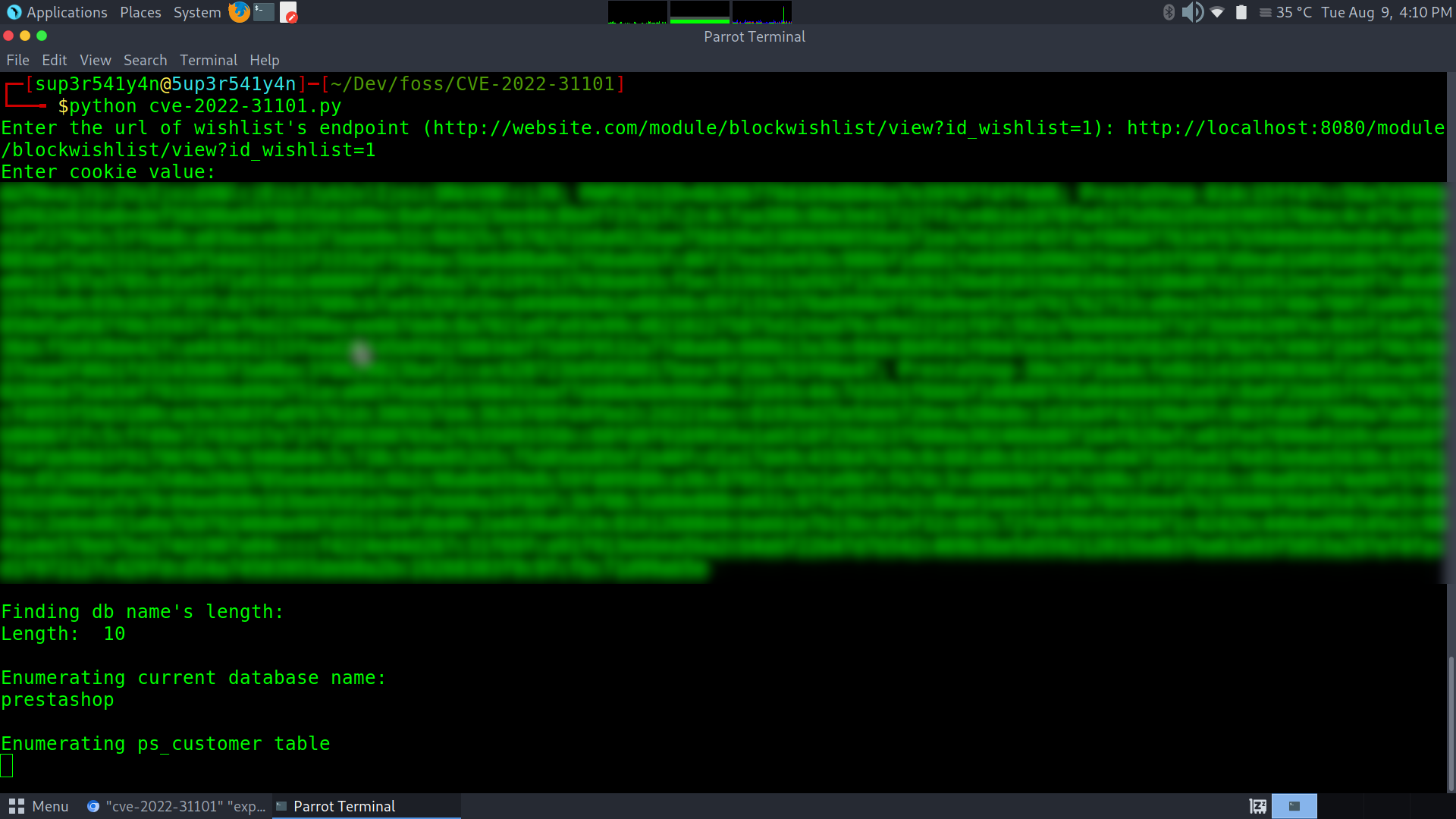 A Python script to exploit CVE-2022-36446 Software Package Updates RCE (Authenticated) on Webmin 1.997. Features Supports HTTP and HTTPS (even with

A proof of concept exploit for CVE-2022-40684 affecting Fortinet FortiOS, FortiProxy, and FortiSwitchManager

Spring4Shell PoC Application This is a dockerized application that is vulnerable to the Spring4Shell vulnerability (CVE-2022-22965). Full Java source

😭 WSOB is a python tool created to exploit the new vulnerability on WSO2 assigned as CVE-2022-29464.

Dorks scan will be available soon. Unfortunatelly is required a shodan account with basic feature to obtain more than 20k targets.. Vuln Impact This v